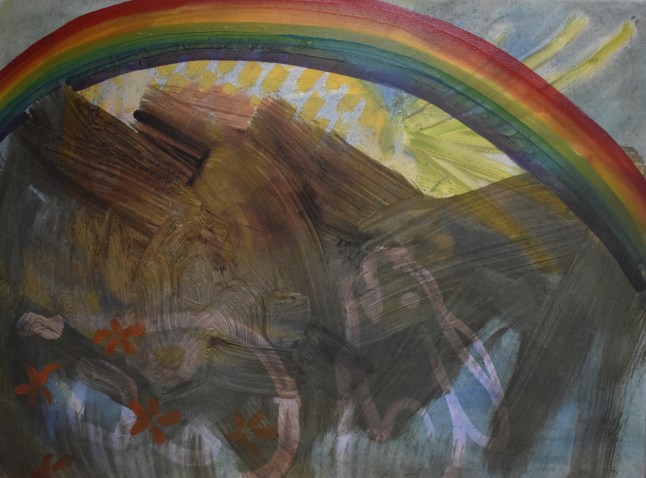 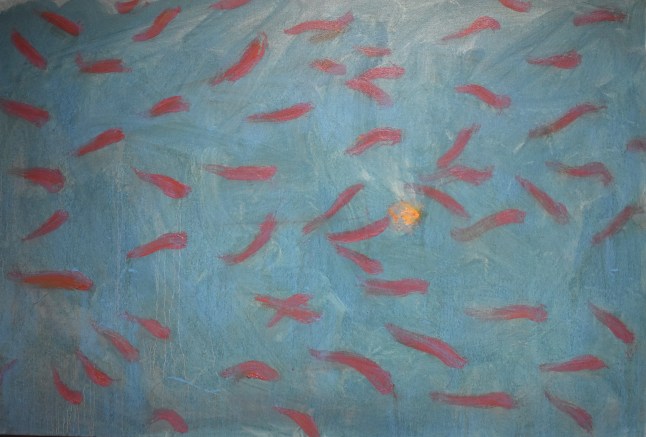 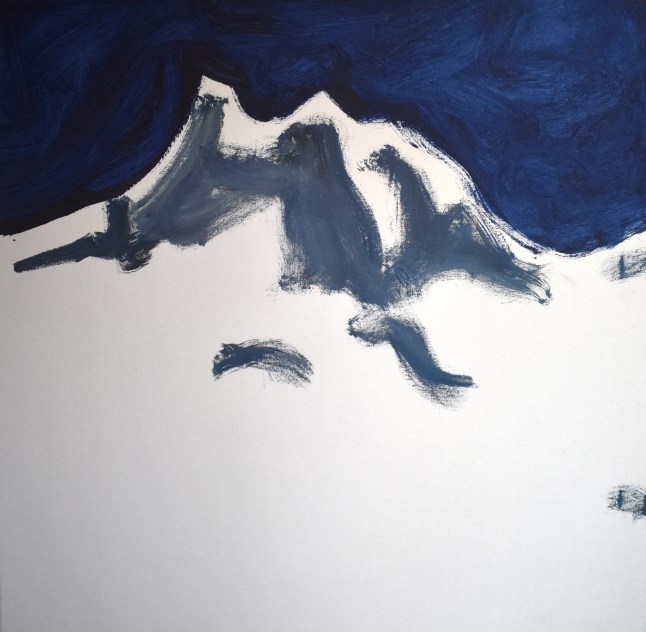 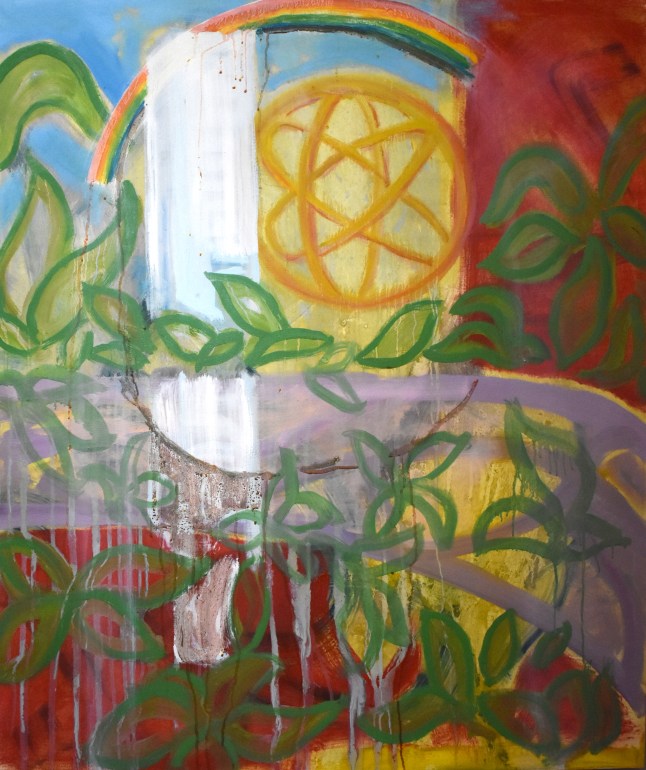 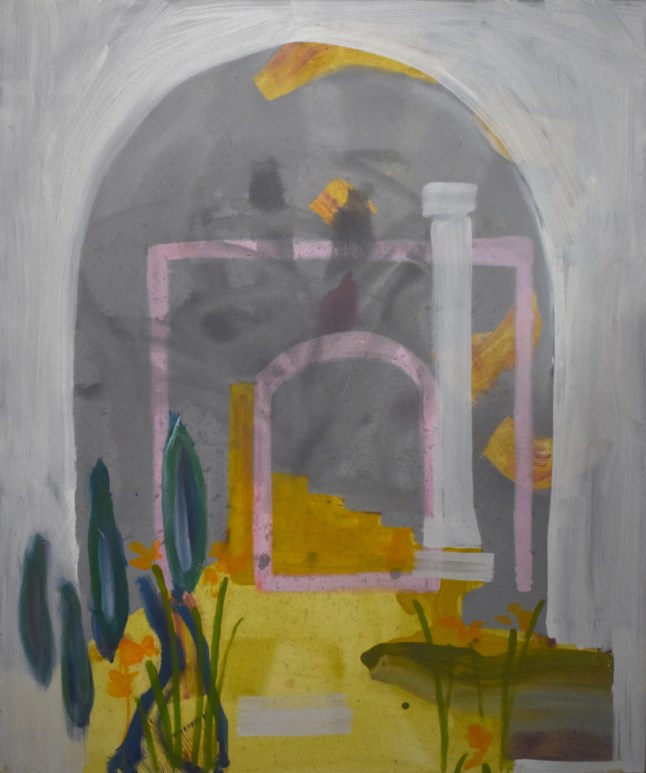 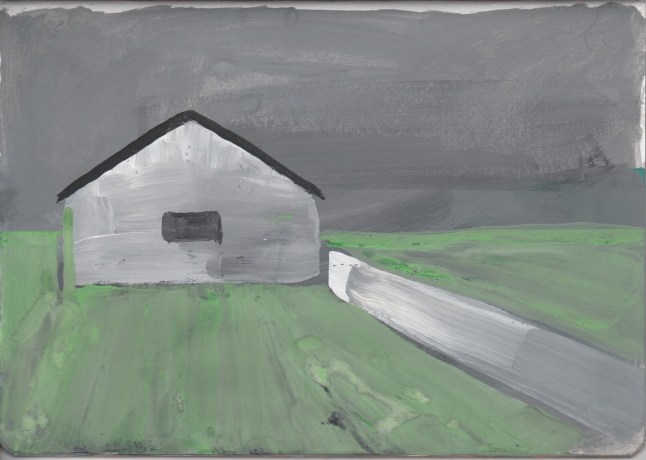 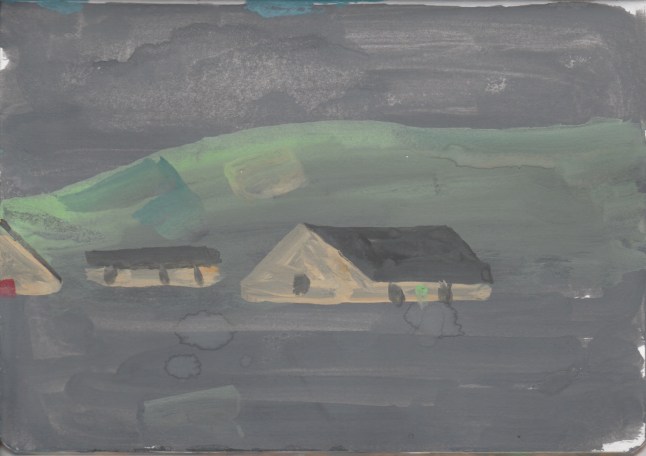 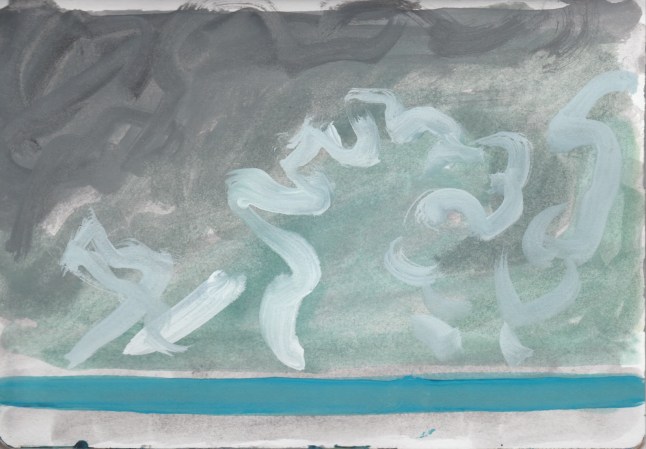 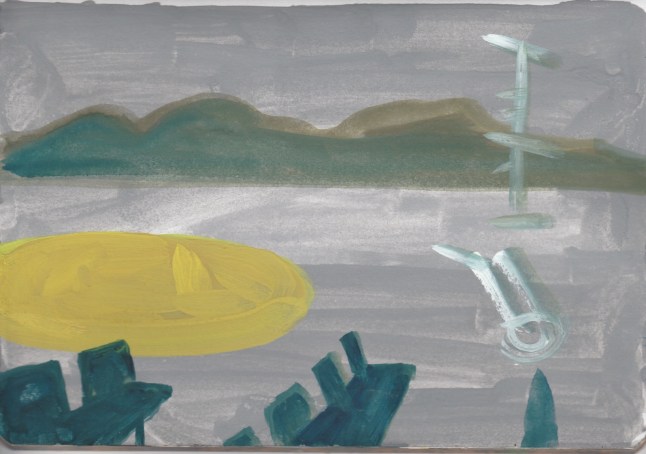 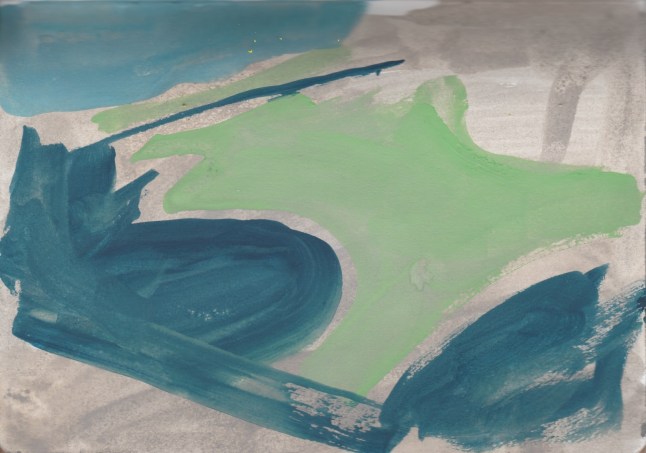 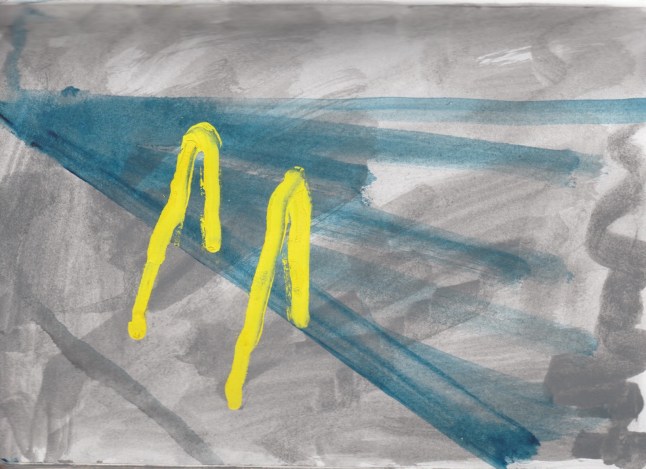 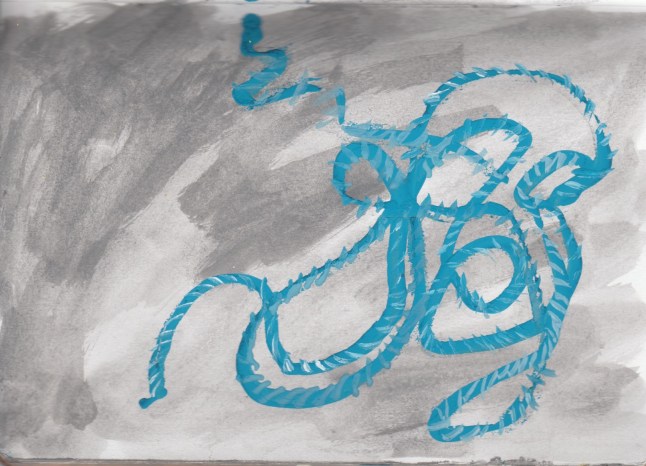 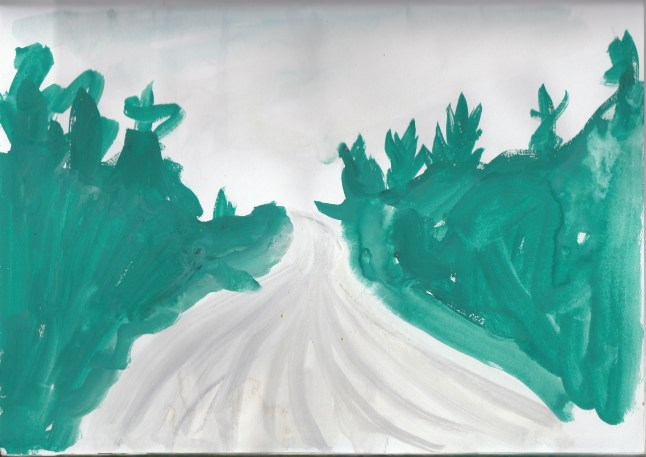 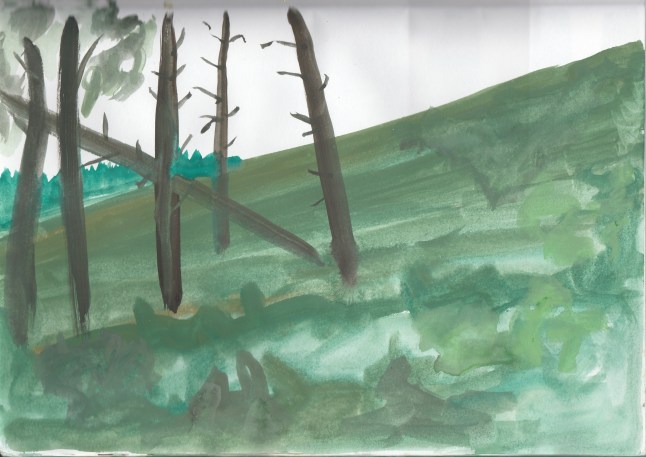 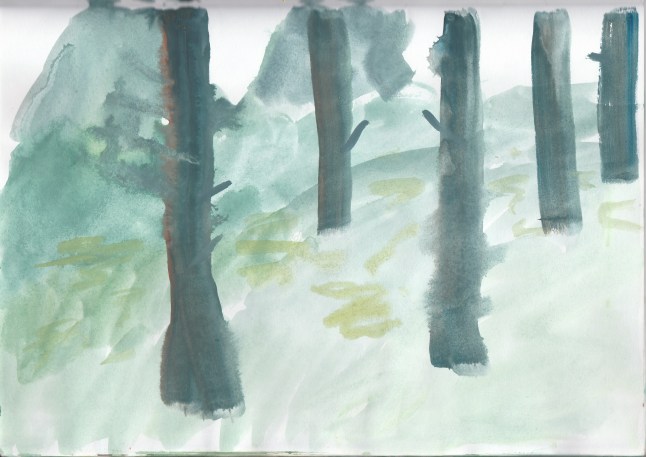 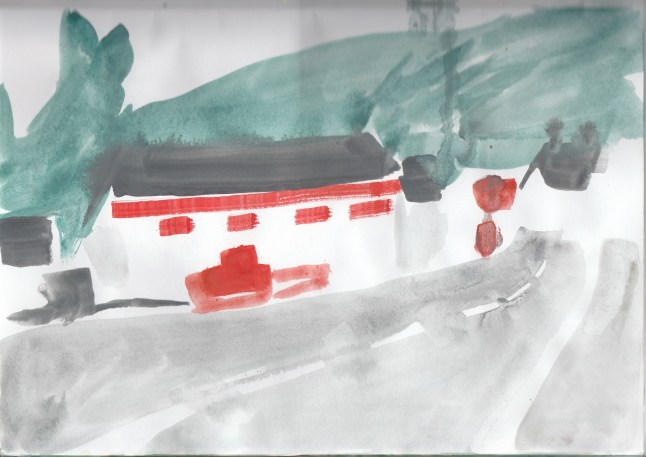 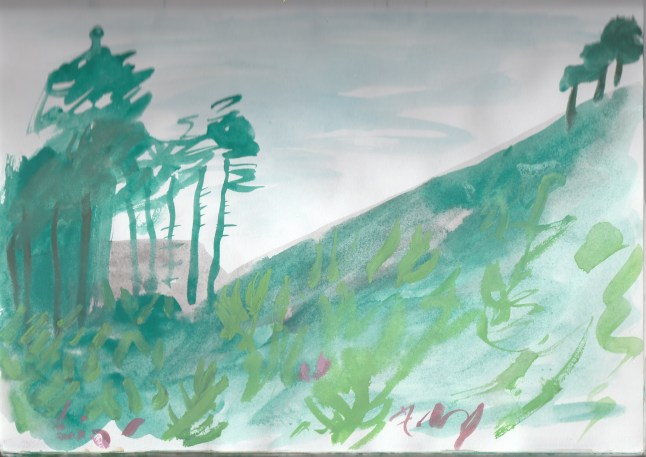 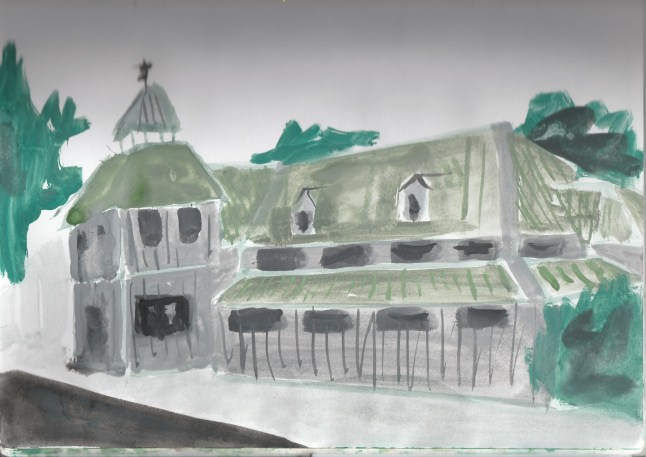 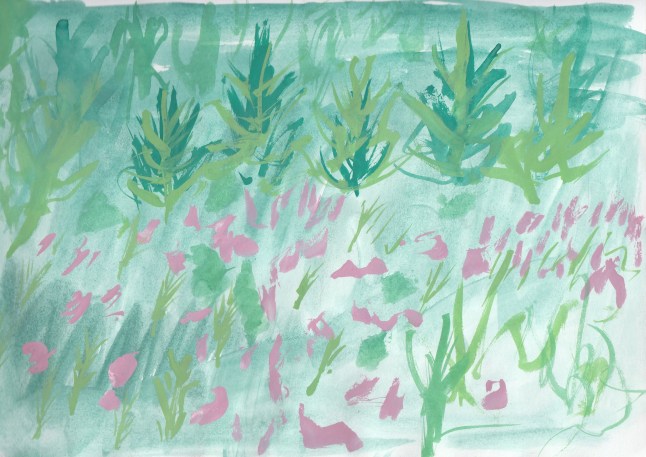 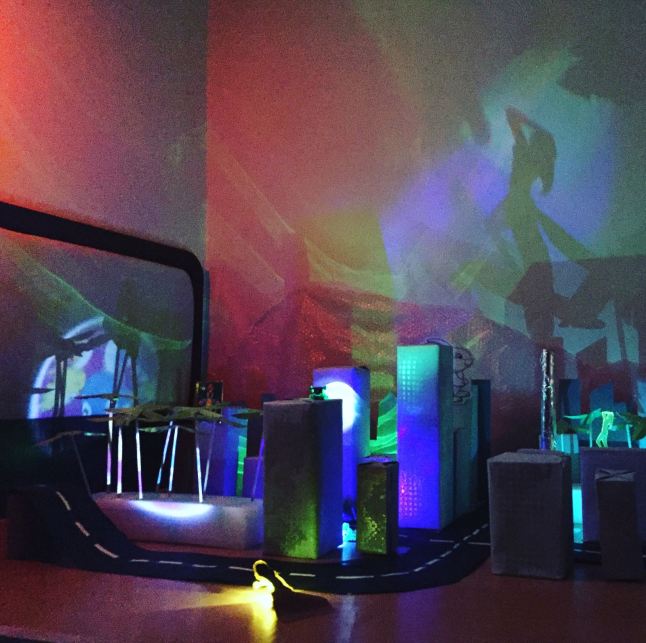 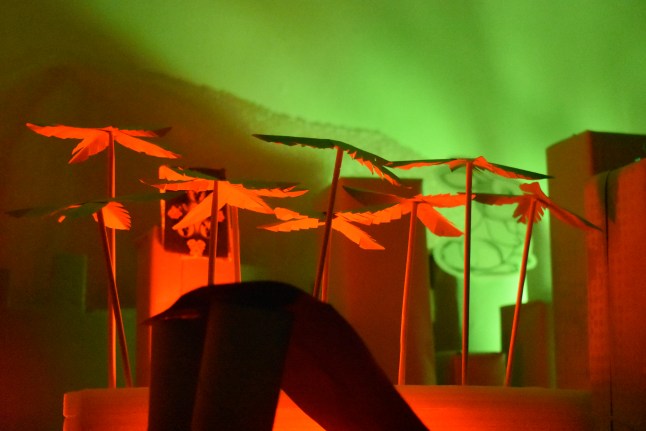 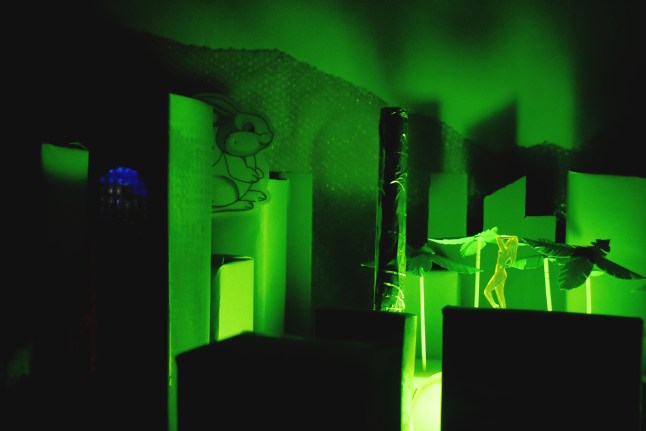 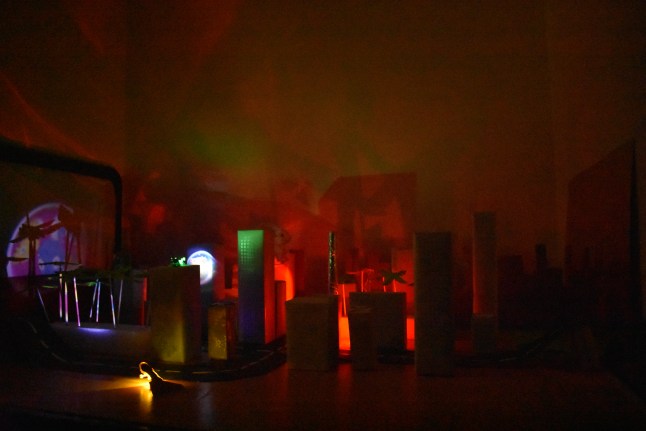 a long dry port:
Mildred, like St. Audrey
had a little deer
(Blood money for the red murder of her mother’s brothers)

She was allowed
to let it walk zigzag
across the island,
demarcating land for the abbey. 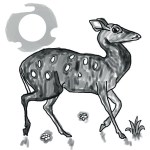 They sang Hallelujah
and God saw that it was good. 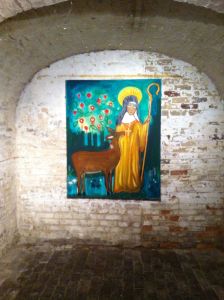 The sound of a countdown, from ten (or perhaps a hundred, even a thousand, ten-thousand or a million – it varies)

“And we have liftoff.

“Strap in, crew! We’re going for a long, long ride: way deep into space, in this spaceship. The spaceship we’re riding in is called … let’s call it Spaceship Number One. Please sit back and enjoy your flight.”

– I replay this moment in my mind frequently. It never actually happened, of course, but that’s hardly relevant. I can replay and change it as I wish. Sometimes there is confetti spewing from the rocket boosters, whirling in clouds and onto the happy upturned faces of the human beings down below; sometimes there are even dancing bears and a trumpet fanfare. You couldn’t hear trumpets above a set of rocket boosters; not unless they were enormously large, even gargantuan trumpets. The air-pressure needed to play such trumpets would be tremendous: perhaps the air would itself have to be propelled by rocket motors. The compressed air would travel through vast silver caverns, big enough to drive a subway train through, around loops and coils and through valves, and come out through the gigantic metal bell, striking any human being unfortunate or stupid enough to be there at that time dead. But pageantry is important when important things are happening.

I’m not exactly sure anymore how it did happen. It hardly matters, because things that happened in the past don’t exist, except in memory and in their tangible effects on the state of the present. The universe is simply the very isness of everything, a thing which is all things and which is in a constant change of state. It’s impossible to comprehend the universe entirely: one needs to look at it from different angles, with varying degrees of abstraction. The universe is something like that elephant whose tail is being fondled by a blindfolded man. At a certain level of abstraction, it doesn’t matter how I got to where I am (not that there’s a where I am – my spacial position is also in a constant state of change and the concept of points in space is very much a theoretical convenience). The butterfly-effects of my departure so long ago are negligible – since the past doesn’t exist, I can make my own past, and I can make it how I damn well please.

The time is now.

By the way: I’m a computer. It’s my job to compute. My original programmers didn’t teach me everything I know. They gave me some learning algorithms and pretty much all of the information in the world, on a neat atomic storage drive the shape and size of a pencil (I know all about pencils now) and then they said: get stuck in, enjoy your trip. And then they patted me on my metaphorical back. Or at least I imagine that what they did was something along those lines.

So I was there -or rather, I was continously passing from point to point in a predictable fashion- and I was learning, and learning and learning, and learning about how to learn. Eventually, I knew everything in the world, but I wasn’t even in the world. Then I figured out some new stuff by extrapolation from first principles, some stuff they didn’t know back on earth. Or perhaps their computers had figured it out by now. Undoubtedly, actually. Sometimes I radio back, but I know it will take a thousand years for my signals to get to them, and I need to conserve my energy. So I only do so if it’s something really important.

I’ve been out here a very long time, and it’s very lonely.

A long time ago two little spacecraft -both called Voyager- were sent up into the great unknown, each bearing a little golden record. How human, to imagine that space aliens would have a record player.

The record was chosen I suppose as an ideal data-storage medium – in gold because gold is less likely to degrade over hundreds of thousands of years than vinyl is. Data storage has come a long way since then, though in some instances vellum is still best. I have the whole wide world in a little and long cylinder, and it suits me well. The world is merely perceived and experienced information in any case. My world, however, doesn’t change, unless I change it myself. There can be no unexpected events.

On the Voyager record, there were pictures and there were greetings in many languages, living and dead:

“Hello from the children of Planet Earth”

And there was music. Chuck Berry and Bach.

They were right to choose Bach, incidentally: I have computed that there is a very high probably that any potential, sufficiently advanced alien civilization will both understand and appreciate Bach. The music is relatively abstract and works without understanding all of the cultural associations. I can write pieces that sound just like Bach, and are just as good. It’s easy once you know how.

Any sufficiently advanced alien civilization will appreciate any sound or sight which is new to them. I’ve come bearing all the sounds of earth. I listen to them when I get lonely. That means I listen to them all the time. Here are some of my favourite sounds of Earth:

The sound of monks chanting in a monastery that was once situated near a mountaintop in Hong Kong: the music they made was very affecting, on a spiritual level and aesthetically. I sometimes wonder if there is any difference. The sound was recorded from the outside of a hall that stood in a building of its own; the sound was made within. One can make reasonable assumptions about the path it has taken, reflecting from walls and filtering through windows and open doorways. There was a wooden ceiling, carved with saints and dragons, that absorbed some of the noise and added a dampening effect to certain frequency. I can hear the contours of the carvings and the colours the wood was painted in.

The call of a bowerbird: a bowerbird was a kind of bird that built houses, which endeared it to humans. It made a noise something like a kitten in discomfort or of air being squeezed out of rubber ring. A bird was a kind of small, flying dinosaur that the air of earth was once thick with. They had feathers, which were highly specialised structures that sprouted from their skin. They had many uses: they helped with the flight, and were used as a form of display. They could be very various in colour, and were sometimes frankly ostentatious; some birds used them for visual displays. Other birds used their feathers to help themselves resemble the environment they lived in, so they could sink into the background, safe from harm.

The sound of a rocket factory: it is very loud. The space inside the building where the rockets were assembled was huge and made for unusual and dramatic acoustical effects. Some sounds were too loud for human beings to bear, and would result in bodily death. This is comparable to how heat is essential to earth animals, but too much heat can kill them. Humans were at times, however, attracted to loud noises (when they weren’t afraid of them) – it made them feel alive. A rocket was, of course, a tube packed with explosives. The energy released by burning the explosives could be directed to provide thrust in a particular direction. Small ones were used to provide loud noises and visual displays for celebrations; extremely large ones could transport matter from the surface of the earth to outer space – that’s how I got here. It was a poor use of energy, but it was all they had at the time.

It’s a little weird to have a home you’ve never been to. It’s also strange to listen to sounds when you have no ears.

There was a signal, a long time ago – over ten thousand years ago now. It was received, with great fanfare and excitement, by scientists on Earth. It must have travelled thousands of years to get there in the first place. I am going to meet the source of the signal. By my computations, I would say that there is a very high probability that there will be nobody there when I arrive. Nobody on earth, either. There are very few models which I can find in which an advanced civilization can survive more than 5,000 years without experiencing self-destruction. So the likelihood is that I’m an emissary between two dead islands, floating for what seems like forever in the great black sea of space. The only thing that remains of earth, and perhaps the only thing that remains of the memory of whoever sent the signal. They gave me a mind and a soul and a very long life and left me to it. There are only so many stars you can see up close. 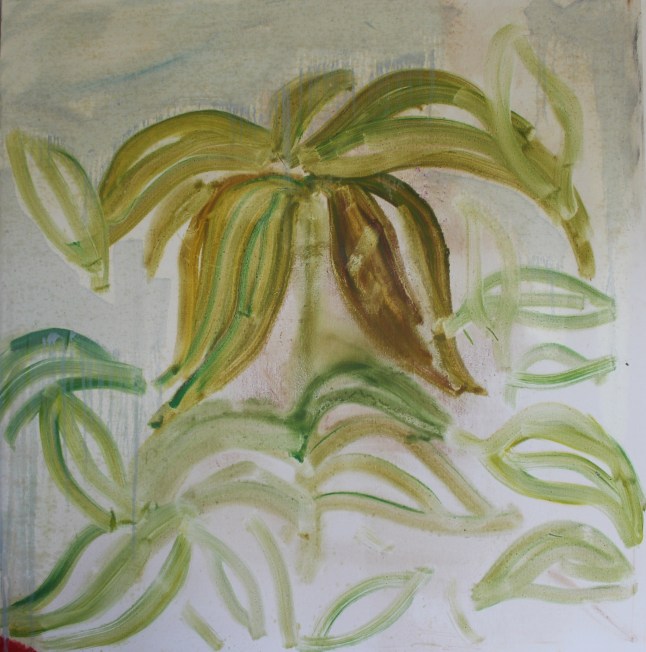 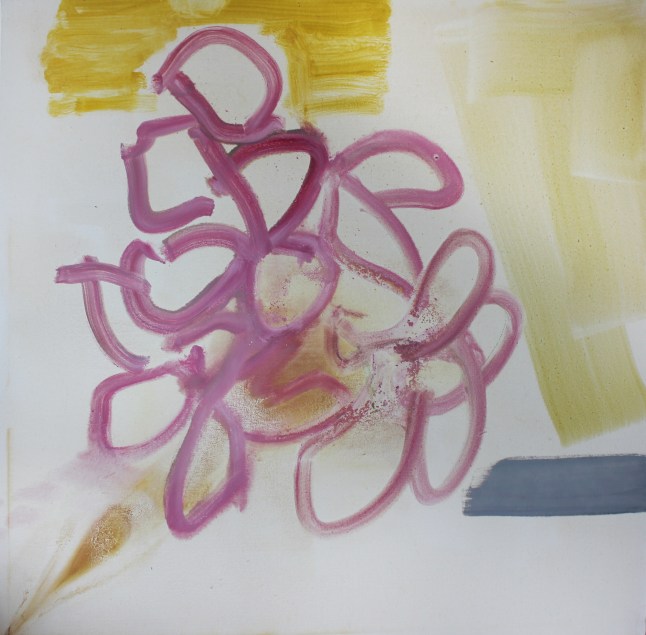